Sit, stay, drink: What to expect from the soon-to-open Dog Bar 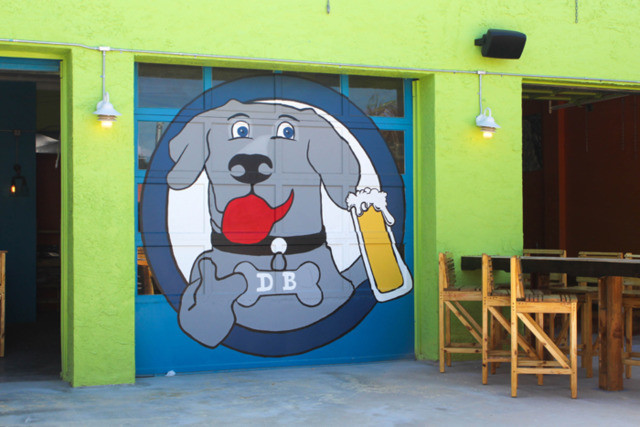 The pup-centric Dog Bar is set to open this month in St. Petersburg’s Grand Central District.

It’s the classic Friday-night conundrum for any fur parent: Should I stay in with Fido, or grab a drink with friends? The latter, though tempting, may mean you’ll be drinking beer with added notes of hops, guilt and chewed shoes.

A first for the city, the bar that has everyone wondering, “Why didn’t I think of that?” is coming to St. Petersburg’s Grand Central District mid-February, inviting owners and their canines to “Sit. Stay. Drink.”

For the first 30 days, dogs will get into the bar at 2300 Central Ave. for free. After that, a one-time membership fee of about $40 will be collected. Additional dogs will be half-price, and there’s no cost for humans.

But don’t confuse this 21-and-up spot with the region’s average dog-friendly joints.

Everything about the neighborhood bar is designed to create a dog-dominated atmosphere, from AstroTurf play areas supervised by Doggie Bouncers to carabiners on the patio for securing pups while owners listen to live acoustic jams.

Adult games will be highlighted, and eight-plus TVs will offer more reasons to stay and sit. The chairs are made from salvaged wood, and the handmade tables, whose legs are coated with sealant to protect against accidents, incorporate reclaimed pallets.

The Dog Bar can thank its welcoming, wide-open feel to the building’s roll-up doors and overhang, traces of its days as a gas station. If not the architecture, the mammoth dog logo should catch the eye of patrons. It commemorates Sebastian, Brewer’s late Weimaraner. Guests might find one of the co-owner’s other rescues — Lou, Trooper, Callaway or Indigo — hanging out at the bar, too.

Keeping pace with its love for rescue dogs, the bar aims to partner with local organizations like the volunteer group Pet Pals of St. Pete to find homes for rescues. The recurring Foster Fridays event will allow rescues to hang out with potential families.

Metzler and Brewer are involving their other bar, the Gulfport-based Salty’s, as well. Plans are in the works for a Dog Taxi, a free shuttle between the bars. Details will be confirmed soon after The Dog Bar’s debut Feb. 20.

Brewer’s first Dog Bar in Charlotte, North Carolina, was a hit. Looking to expand to Florida, she sold the flagship to a longtime patron. In anticipation of the St. Pete grand opening, everyone’s been asking, “What’s the holdup?”

“The laws in North Carolina are completely different than here,” Brewer said. “We took a 100-year-old gas station and turned it into a bar … We had to redo the whole zoning of the location.”

With already more than 2,000 likes on Facebook, she likely won’t have trouble brewing up business.