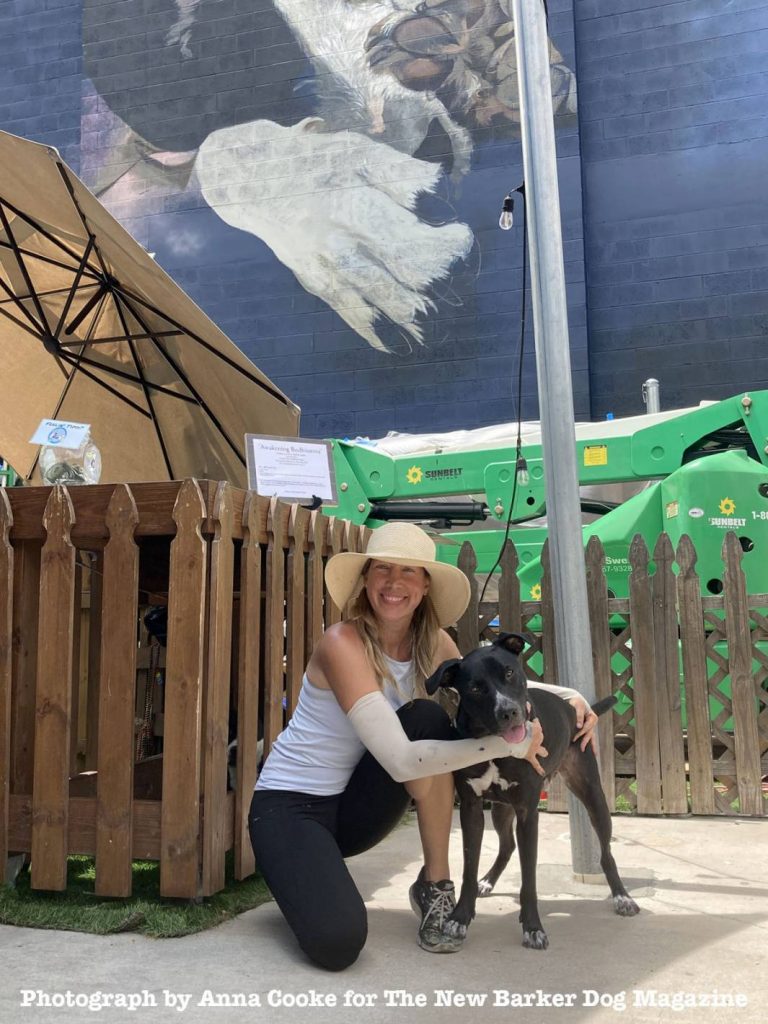 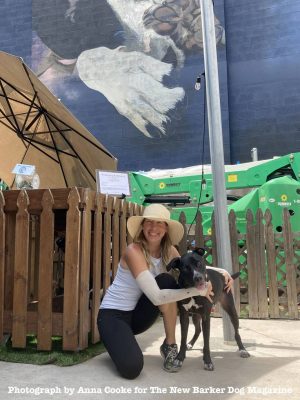 ST. PETERSBURG, Fla. — It’s an imposing structure looking down on patrons and staff of The Dog Bar. Everyone’s curiosity had been piqued by the large blank concrete wall over the last month or so. The City of St. Petersburg is known for a lot of things, not the least of which the murals on buildings across town. So, up until a couple of weeks ago, questions remained unanswered. Would a mural be painted on the Grand Central Brewhouse wall, after all? And if so, what would it be and who would paint it?

Then Kevin Milkey, the owner of Grand Central Brewhouse, walked over to talk with his neighbor Fred Metzler, the owner of The Dog Bar. “We’re going to have an artist paint a mural on the wall, and, we’re thinking it should be a dog. What do you think?”

Fred didn’t have to verbalize his answer. The smile on his face said it all.

Grand Central Brewhouse broke ground late last year. It was an ambitious concept which will, no doubt, have to adapt to the current times when it opens. The craft beer taproom and second-story, outdoor roof terrace was designed to hold 250 people inside and out. The microbrewery and open-air beer garden will be able to hold another 375 guests.

The Dog Bar opened in 2016. They have a loyal following of customers who bring their dogs to socialize at the membership-only 5,000 square foot dog park and bar. Making adjustments to keep the successful business running safe and smooth has always been an important part of Fred’s Plan A.

Still, the effects of the pandemic, which resulted in the temporary closing of the business earlier this year, has taken an emotional toll on the gregarious owner. “My main concern has always been our employees. We’re family and my job, right now, is to make sure they’re all taken care of, to the best of my ability,” Fred said.

Hindsight is 2020 and boy, the irony of that statement does not go unnoticed by Fred. When he applied for his business license years ago to open The Dog Bar, the city insisted he obtain a restaurant license as well. “I didn’t want it. Having a restaurant was not ever part of my original concept,” said Fred. “But, I reluctantly went ahead and got the restaurant license too.”

Recently, the state of Florida updated their ever-changing regulations that oversee the opening and closing of businesses during the pandemic. The Florida Department of Business and Professional Regulations said that those bars with food licenses would be allowed to re-open over the 4th of July weekend. Slowly but surely, The Dog Bar has  been able to reopen, thanks to that restaurant license, and customers are returning.

It’s been a welcome diversion for everyone at The Dog Bar to watch local fine artist Carrie Jadus paint the mural of a dog on the wall of Grand Central Brewhouse. Carrie was part of the original SHINE Mural Project, a project that “transformed the city streets into a curated, open-air museum showcasing large scale murals painted by world-renowned artists in downtown (St. Petersburg) and surrounding art districts”  (St. Pete Art Alliance). She was also commissioned to paint a cover of The New Barker dog magazine in 2016 as part of a fundraising campaign for the Humane Society of Tampa Bay. The cover opportunity raised $12,000 for HSTB in 2015. Carrie donated her work, a portrait of Karma the Greyhound, to the family who placed the winning bid. 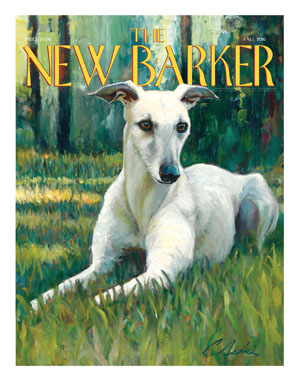 Having previously worked with Kevin Milkey on another project, Carrie jumped at the chance to work with him again on the Grand Central Brewhouse wall. Her design, concept and proposal won Kevin over, and Carrie was awarded the project.

As with all of her paintings, Carrie put a lot of thought into the meaning behind her concept for the Grand Central Brewhouse mural. She knew she wanted to incorporate a local dog, and asked her friend and fellow artist Marianne Wysocki if her dog Bodhi could be the subject. “Bodhi is somewhat of a local celebrity,” said Carrie, smiling.

The title of her mural is “Awakening Bodhisattva.” It’s a double entendre, explained Carrie. In the artist’s rendering, Bodhi is waking up. The definition of Bodhisattva is, “A Being who is able to reach nirvana but delays doing so out of compassion in order to save suffering beings.”

“Bodhi is a very Zen being,” said Carrie, who used a photograph of Bodhi to paint the original small version which she uses as a guide to paint the mural. She estimates it will take a total of two weeks to complete the mural.

Homer, Carrie’s own dog, has been coming along with her while she works on the project, which she began on Wednesday, August 12. Homer watches in the shade, a bowl of water by his side, as Carrie commandeers the motorized scaffolding 30 feet up to begin painting. He whimpers as he watches her go up and away from him.

“It’s always kind of scary going up the first day. I’m wobbling around in it a bit. But, I get used to it. In the evenings, though, my legs are still a bit wobbly, much like the feeling of rocking and swaying after being on a boat.”

Carrie will remain up in the scaffold, painting for three hours at a time, coming down only occasionally to check on her work’s  perspective. It’s very abstract painting on such a large canvas that happens to be the wall on the side of a building.

“I have to focus on one spot of the painting at a time and trust the small scale painting I’m working from to transpose the image on the wall,” she said. Still, there is doubt sometimes, especially working so close to the painting. In her studio, Carrie explained, she is able to step back to look at a painting. Working from a scaffold so high up, it’s not productive to keep going up and down to check her work. When she does come down to see the progress, she’s always surprised by what she sees.

Life has always been unpredictable. The pandemic has made us all more acutely aware of this. “All we have is right now; this moment,” reiterated Fred Metzler.

To be able to do something that continues to positively surprise us every single day is the one gift we should give ourselves. “Painting is my favorite thing to do in the world,” Carrie told me. “I can’t even think of a better life.”

Below are photos of Carrie working on the mural at Grand Central Brewhouse. Also check out St. Petersburg, Florida’s 90+ SHINE Murals from your phone or computer by clicking this link to St. Pete Arts Alliance Shine Mural Festival 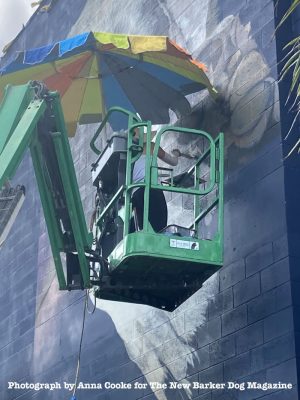 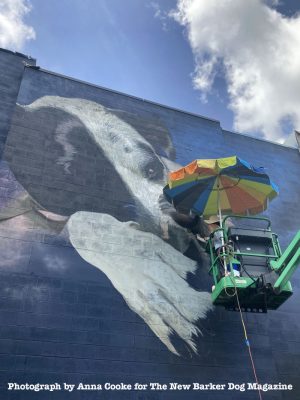 PrevPreviousBest 6 Yappy Hours in Tampa Bay
NextThe Dog Bar in St. Pete to give baths to furry friends to raise money for one of their ownNext

Copyright © 2022 The Dog Bar. All Rights Reserved. Website by MK